#BlackLivesMatter and the role of Legal Observers at demonstrations 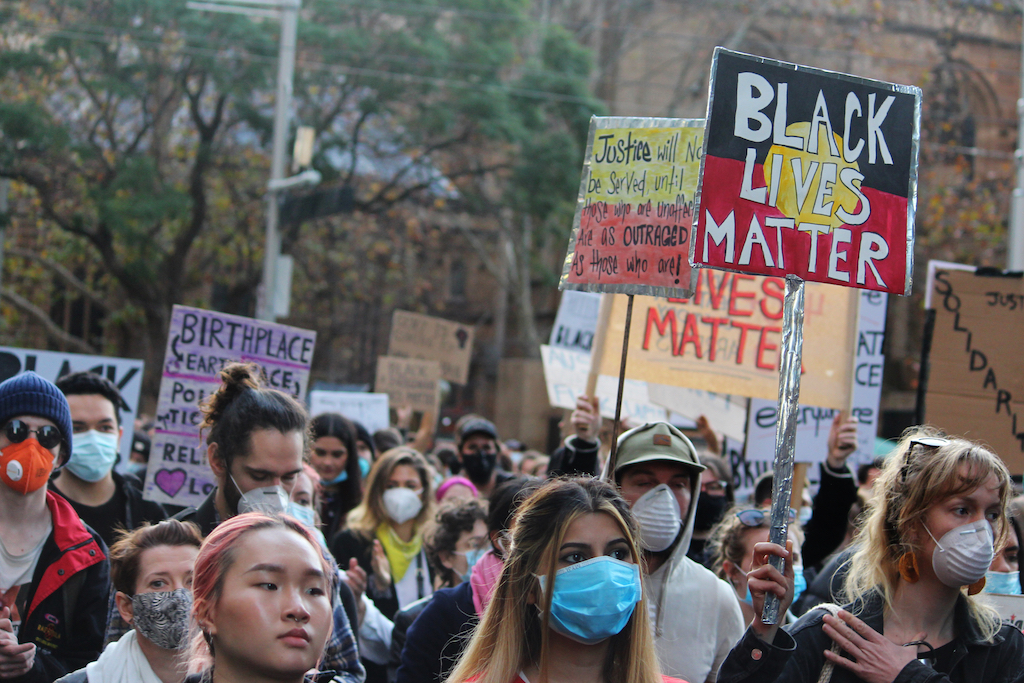 For these reasons, we support people demonstrating as part of the Black Lives Matter and Stop Deaths in Custody movements.

I was excited to have the opportunity to support the Black Lives Matter/Stop Deaths In Custody demonstration last Saturday by being a Legal Observer. The role of a Legal Observer is to provide information to demonstrators about their rights, as well as to observe and document police behaviour. It was great to know we also had lawyers in the background with experience in policing and crime that we could refer people to if needed.

About an hour before the demonstration, a group of 10-15 Legal Observers including CLC lawyers, other CLC staff, law students and other members of the community with an interest in Legal Observing met a few blocks from Sydney Town Hall. In our group we had people from at least four different community legal centres.

There was a great briefing for the Legal Observers from Community Legal Centres NSW’s Holly Brooke about the role and what to expect and we were armed with a notepad and pen and a bright orange Legal Observer vest.

It was great to see that several other community legal centres and other organisations had independently organised their own Legal Observer teams – Marrickville Legal Centre and Amnesty International Australia, to name a couple.

After the briefing I arrived at the demonstration at around 2.30pm. The air was full of expectant tension. There were demonstrators as far as the eye could see – thousands upon thousands of people – of all different ages – a huge turnout! It was so big, that I never got the chance to get near the speakers and hear what they were saying. But there were huge waves of emotion moving across everyone – grief, anger, determination, solidarity.

Around the outskirts of the demonstration there was a strong police presence including a large number of mounted police and the Public Order and Riot Squad. I was a bit alarmed when 60 plus of the latter marched out in what felt like military formation. However, by 3.15pm, we found out that the Court of Appeal had overturned the Supreme Court’s decision to not allow the protest to happen, and there was visible relaxation in the police.

Overall it was a great day. I took lots of notes while watching thousands of people walk from Town Hall to Belmore park. I was keeping time – and it took more than hour from when the first person left Town Hall to when the last person left – giving you an inkling for the numbers! I am looking forward to being a Legal Observer at another demonstration.

Plans are in the works to extend Legal Observer training to the CLC sector via a webinar or video later in the year – watch this space!

I’ll be at the Stop Black Deaths in Custody: Solidarity with Long Bay Prisoners demonstration at Town Hall this Friday evening at 6:30pm - I hope to see you there too.