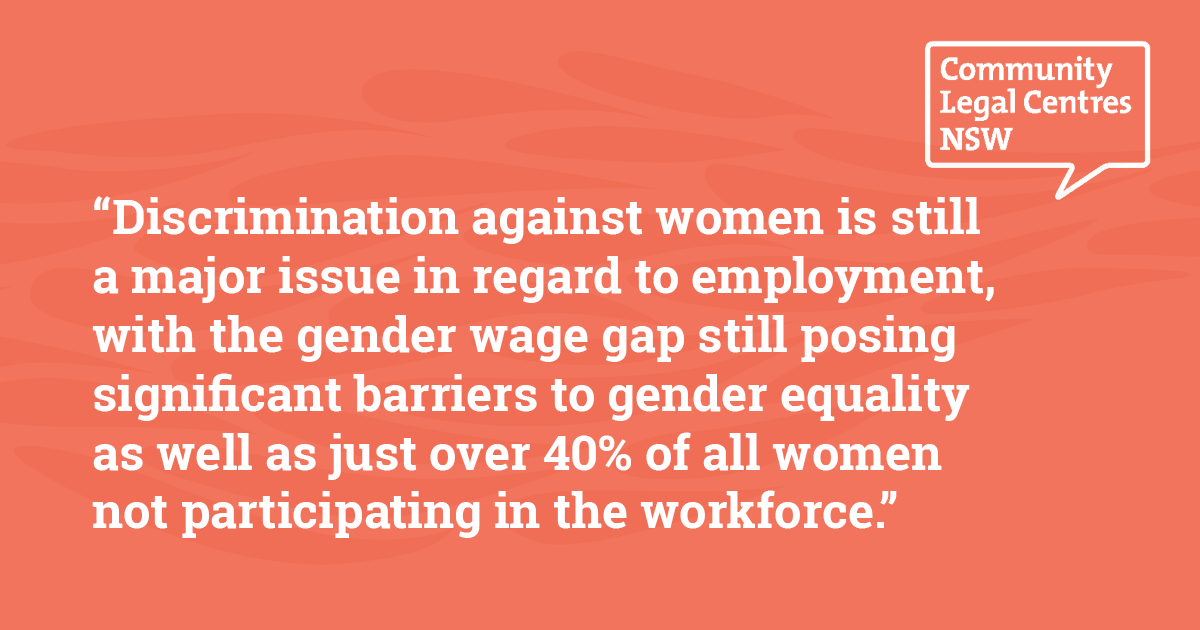 Despite Australia being a signatory to the Convention on the Elimination of All Forms of Discrimination Against Women (CEDAW), Australian women still face a large amount of discrimination in their lives. This is largely due to Australia’s noncompliance with the convention as it is yet to comprehensively enact CEDAW into domestic law.

In a joint submission to the United Nations, Community Legal Centres NSW highlighted and explored the range of ways that women still experience discrimination. We believe that the Australian Government fails to provide adequate protection for women against many forms of discrimination. We provided a wide range of recommendations to the Australian Government on how they can comply with the convention’s key principles.