Gambling reform in the age of industry influence

The gambling industry in New South Wales, particularly the poker machine sector, is extremely influential. In this article, Kate Da Costa from the Alliance for Gambling Reform examines proposed changes to the Gaming Machines Amendment (Gambling Harm Minimisation) Bill 2020, which will change the gambling exclusion system in the state. The reforms ensure that people, often those who are most profitable to venues, are better supported when they seek to stay away from poker machines. 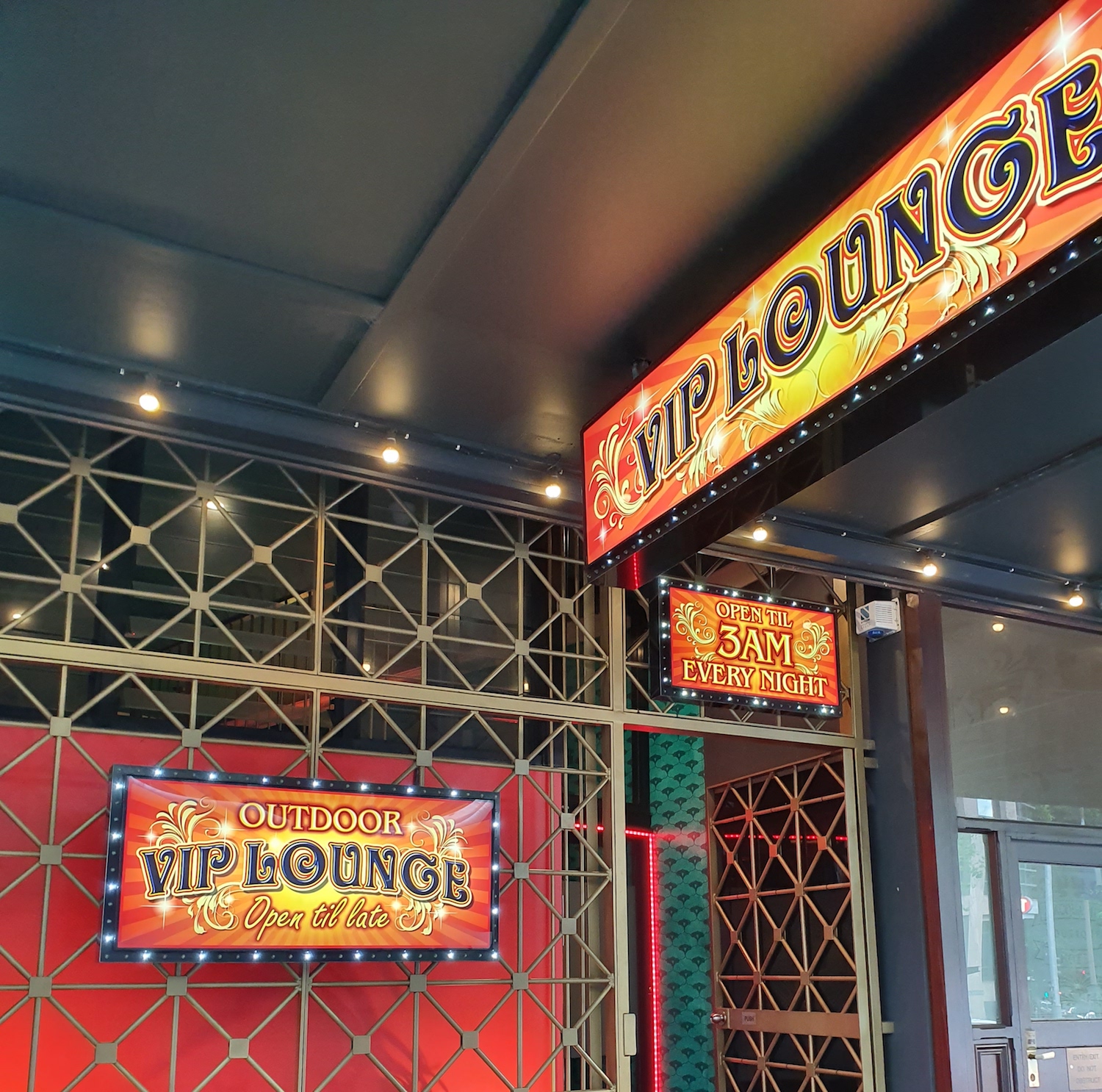 “My son started gambling when he was 15 years old on poker machines,” says Sonia, the mother of a person deeply impacted by gambling harm.

“[He] has multiple sclerosis … One of the effects has been that he has cognitive impairment with problem solving and is very forgetful. He has attempted suicide a number of times because of his poker machine addiction. In the past 15 years he has lost approximately $250,000. He has sold his jewellery, cars, TV, large sums of money I gave him and inheritance from his father and grandmother. My son has self-excluded from all gambling venues in NSW yet [is] still able to enter premises and use the machines. If you changed the laws on self-exclusion in pubs and clubs to be effective, my son would have stopped using the poker machines and could be safe. He would have a chance to recover from his addiction. I would sleep at night instead of worrying every night about him gambling, and harming himself. I worry that he might not be alive in the morning.” [Story supplied to the Champions for Change program of the Alliance for Gambling Reform, 2020]

Sonia’s story highlights the very real systemic failures of the current gambling system in NSW. Sadly, her experience is not an uncommon one.

The gambling industry in NSW, particularly the poker machine sector, is extremely influential. It has to date successfully resisted attempts at reforms that would impact on revenue.

This article reviews the barriers to reform in NSW and examines a proposed reform that will change the gambling exclusion system in NSW by ensuring people – often those who are most profitable to venues, like Sonia’s son – are better supported when they seek to stay away from poker machines.

Gambling is often promoted as an innocuous form of entertainment that most people enjoy harmlessly, as part of normal socialising. The industry acknowledges there may be a few people – labelled ‘problem gamblers’ – who don’t gamble responsibly, but they claim to have effective help programs in place to protect them. In NSW public policy, the management of gambling is framed as an ‘informed choice’ model, where adults are given enough information about gambling, odds, dangers and support, assuming that they then can always make rational, informed decisions.

Except that cannot be the case. Collectively in NSW, $18.4million is lost every single day of the year on poker machines alone.

While there is a lack of research in a NSW context, Victorian research suggests that seven out of ten people gambling on poker machines are experiencing harm [1]. In addition to those who gamble, five to ten others are impacted by their gambling. In the most recent ACT gambling survey, researchers estimated that 14% of the population of the territory were harmed by gambling. The equivalent survey in NSW did not estimate total harm or harm to impacted others, nor did it ask questions about less severe forms of harm, such as sleeplessness, mild anxiety or low level financial stress experienced by gamblers, meaning that there is no equivalent data on the impact of gambling in this state. That is despite NSW being home to 35% of the entire world’s pub and club poker machines. There is no other jurisdiction in the world that looks like this.

The legislative regime in NSW is significantly weighted towards the industry. The government has signed three memorandums of understanding with one of the two peak bodies (ClubsNSW) to not legislate in a way that significantly impacts gambling revenues. Victim-blaming language such as “problem gambler” and “responsible gambling” are embedded in law and regulations. The money laundering scandals engulfing Crown Casinos pale into insignificance against the possibilities of similar levels in suburban pubs and clubs.

Even the most basic reforms are resisted in NSW. In 2019, the NSW Upper House called on the Minister for Customer Services, Victor Dominello, who manages gambling within his super-portfolio, to rename the education and awareness week in NSW from Responsible Gambling Awareness Week to Gambling Harm Awareness Week, in line with SA, VIC, ACT and New Zealand. The industry objected to this change, and in response the Office of Responsible Gambling overturned the Parliament’s decision.  The week is now called GambleAware Week. GambleAware is a bookmaker-funded charity in the UK that supports gambling help services, and commissions research. There are concerns related to the funding of the charity and its ability to be independent.

Given the barriers against reform in NSW, it is significant that the Department of Liquor and Gaming has released a consultation draft of amendments to the Gaming Machine (2001) Act. These aim to strengthen the pub and club gambling exclusion system in NSW and commence reform of the Responsible Conduct of Gambling regime.

Currently, if a person recognises they need help to stay safe from machines, they can enter into a voluntary self-exclusion deed. Every venue must offer this system and many belong to Multi-Venue Self-Exclusion (MVSE) systems, operated by ClubSafe (for ClubsNSW) or BetSafe (usually for pubs). People can also work with gambling counsellors to enter into these deeds, without having to attend each venue.

However, questioning in budget estimates in 2019 revealed that while venues have been obliged to offer a self-exclusion program since 2002, they are not obliged to honour any such deed. If they allow a self-excluded person on to the premises, there are no consequences. It is no wonder that relatively few people seek self-exclusion. It is ineffective because it is not enforced.

The reforms proposed in NSW would oblige venues to undertake all reasonable steps to exclude someone who is on the self-exclusion register, or face financial penalties. In this, the reforms differ from other states, where a person breaching a self-exclusion deed faces fines, although this appears to be rarely enforced. Penalties against venues are even less frequent.

The success of this reform will depend on how “all reasonable steps” is eventually defined. It will also depend on whether the Minister’s intention of forming a single state-wide exclusion register, bringing all the disparate venue-level, ClubSafe and BetSafe systems together, can survive the lobbying of the industry.

The 2014 Parliamentary inquiry into gambling recommended a pathway for families to seek to have a relative excluded in a crisis. Pressure to implement this recommendation was increased by the shocking events in 2018 relating to the Dee Why RSL. Despite multiple requests by his family, Dee Why RSL refused to exclude Gary Van Duinen, one of their high-roller VIP members. After many years of gambling and a final binge of 13 hours, Gary took his own life. The Independent Liquor and Gaming Authority’s disciplinary report is unusually public, and very scathing.

Few families are aware that the difficulties they may be experiencing are related to gambling. The shame and stigma around gambling problems prevents open discussion. But the Van Duinen family are certainly not alone in having sought assistance from the gambling industry to prevent such tragedies. Those families have been met with brick walls as venues know people with concerning gambling behaviour are often their most profitable patrons.

Designing a safe, simple and practical solution has highlighted significant drafting challenges. There will need to be mechanisms to guard against vexatious or malicious applications. But families in crisis may also feel offended that they need to prove their claims, and in many cases, outraged that they might have to apply to the venue that is the scene of the damaging behaviour. If a person will not recognise the extent of their negative behaviour, there is a high risk of retaliation against family members who seek exclusion.

There does not appear to have been consultation with experts in family violence regarding the reforms. Victorian research already demonstrates an alarming correlation between increasing poker machine numbers in suburbs and increasing family violence reports. The 2020 ANROWS funded study into gambling, intimate partner violence , financial abuse and coercive control observed that gambling by men and women exacerbated existing abuse, and in some cases substance abuse. Women seeking safety in gambling venues, or seeking to self-medicate using gambling because of mental health issues related to intimate partner violence, found themselves developing addictions.

Katrina**was impacted by her partner’s gambling and explains what currently happens in NSW:

“In my case self-exclusion laws made no difference because my husband refused to stop or curb his gambling in any way. As long as it was legal for him to continue to clock up gambling debts on credit cards and loans of all kinds, regardless of me phoning lending institutions and begging them to refuse his loan applications on grounds of gambling addiction, nothing was going to stop him from gambling.  There were frequent large withdrawals clearly labelled as being withdrawn from independent ATMs inside gambling institutions, along with frequent defaults to mortgages and other loans, often where cash withdrawals were made from those accounts (and used at gaming institutions).

Even though I explained our family’s financial hardship to the managers and gave all sorts of evidence to support my claims, it made no difference.  I was always told I had no legal right to restrict or stop my husband from gambling or from securing loans to support his gambling, even against items that belonged to me and not him, because we were married.  His loans kept being approved and we kept going backwards financially. When my husband died suddenly and unexpectedly, I was left to pay out all of his debts from the estate and those financial institutions started phoning me, calling in the loans within days of learning of his death.” [** Name changed, story supplied to the Champions for Change program of the Alliance for Gambling Reform, 2020.]

The proposed amendments support these two key measures by obliging venues to employ staff with advanced Responsible Conduct of Gambling training on every shift, to maintain a gambling incident register, and requiring staff to more proactively respond to concerning gambling behaviour. Whistleblower protections, likely needing improvement, are included in the reforms.

What is not in the current exposure draft is the opportunity to include a universal cashless gambling card to strengthen exclusion systems. If all machines, over a transition period, were converted to card-only use, and a person on the statewide exclusion register had their card blocked, then even if they were able to evade identification checks at the venue door, they would be unable to operate any poker machine. Such a card system could be used to enforce breaks in use by having a low transaction limit, and would allow people to set their own budget, as low as $0, in effect self-excluding without making themself known. These cards would also effectively end money laundering in pubs and clubs overnight.

The proposed reforms, particularly with the inclusion of cards, will reduce and prevent gambling harm. Poker machines are designed to addict. Those who, when vulnerable, have been entrapped, will have multiple pathways to seek recovery. Their families will be able to intervene. Staff (all too often overlooked as people who are also impacted by gambling) will have a clear reporting pathway to trained marshals who can respond to signs of concerning behaviour. Venue revenues may fall, but any business model that depends on the revenue of addiction is a business model that needs to change.

Submissions on the exposure draft closed on 11 December 2020. Briefing notes, a copy of the Alliance submission, and other resources are available on the Alliance website. It is expected that the legislation will come to Parliament early in 2021.