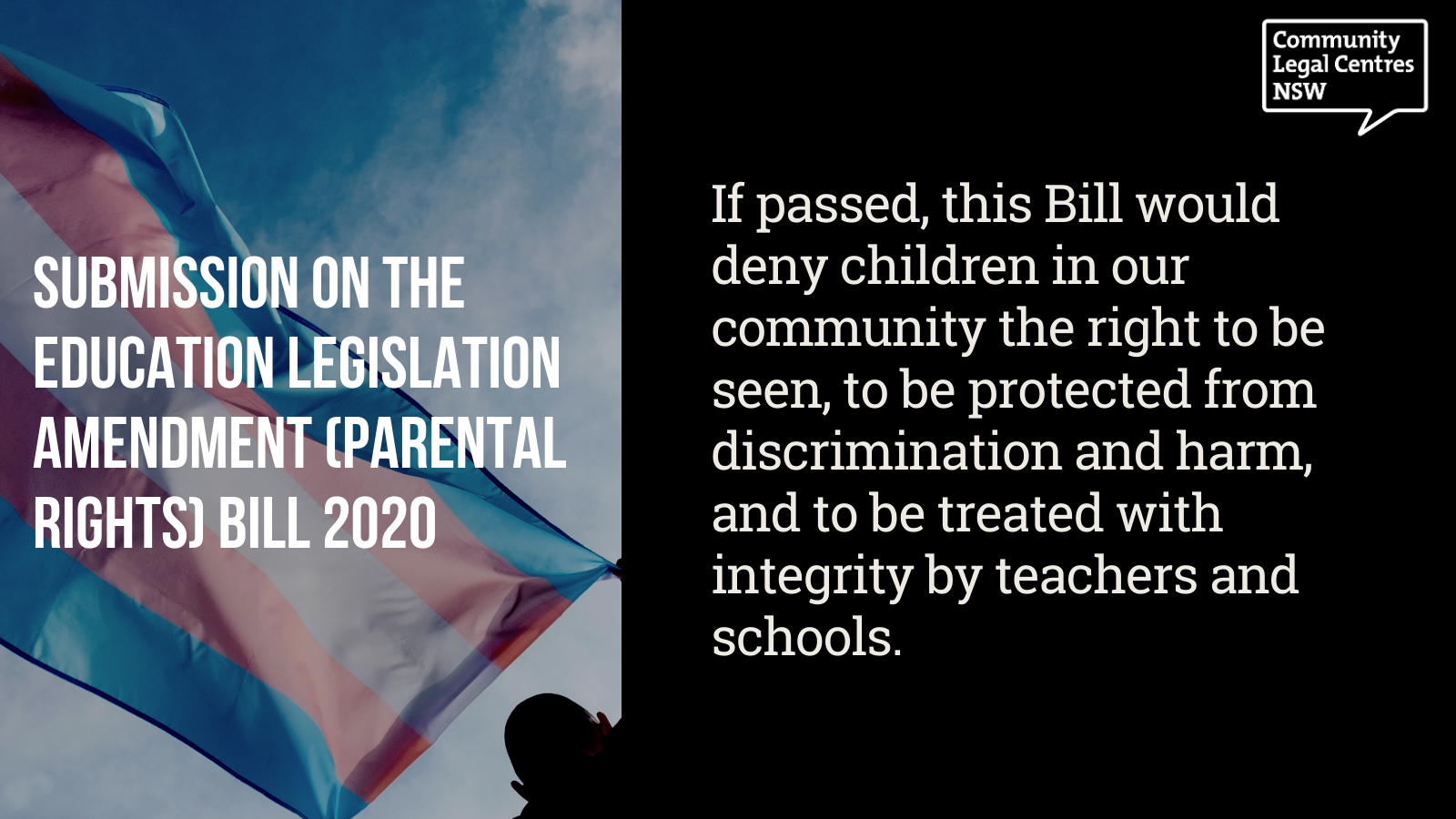 The legislation targets teaching about ‘gender fluidity’, which it defines as ‘a belief there is a difference between biological sex … and human gender and that human gender is socially constructed rather than being equivalent to a person’s biological sex.’

Trans and gender diverse young people exist. They deserve the same love and support as every other child and the same opportunities to thrive and reach their full potential, including in our school system.

If passed, the Bill would entrench discrimination against transgender and gender diverse people in schools. If passed, this Bill would deny children in our community the right to be seen, to be protected from discrimination and harm, and to be treated with integrity by teachers and schools. It would deny children access to school counselling, leave them vulnerable to bullying, and make it even harder to get support and information during their critical formative years.

The Bill threatens the ethics and livelihoods of teachers – and non-teaching school staff – who support equality and safety for LGBTQI+ young people. It also requires schools, school staff and the NSW Education Standards Authority to act in ways that are inconsistent with the Sex Discrimination Act 1984 (Cth), which creates a legal hurdle the Bill is unlikely to overcome.