This policy extends cancellation to more remand prisoners, who have not even been convicted and could still be found innocent, and to more prisoners serving short sentences.

Community Legal Centres NSW knows that prison is no place for people with a disability in the first place. Many prisoners with disabilities have cognitive disabilities, and Aboriginal and Torres Strait Islander people are an over-represented group. Their offences are usually minor, and stem from their inability to interact with the legal system. They inevitably end up worse off after release.

The policy also doesn’t stack up economically. The new policy will only ‘save’ $2.2 million over 5 years. This is roughly how much the government spends keeping one person with disability in prison for the same period of time. If the Federal Government is serious about saving money, it should invest in early diversion and support programs instead.

Community Legal Centres NSW recognises the Australian Federation of Disability Organisations’ leadership on advocacy against the change and support its concerns that the policy will have grave consequences for people who are already highly marginalised in the community.

We also welcome the Australian Senate’s support for a motion moved on December 5th by Labor’s Shadow Minister for Disability and Carers, Senator Carol Brown, that called on the Federal Government to reverse the decision immediately.

Community Legal Centres NSW will continue to advocate for public policy that diverts people with cognitive disabilities (and people in general) away from the criminal justice system. We create safe and healthy communities by providing public and community support services that help people when they need it and divert them away from trouble.

Update: On Monday 17 December 2018, the federal government announced, via the Mid-Year Economic & Fiscal Outlook (MYEFO) that the government had reversed their decision relating to suspension periods for imprisoned recipients. See page 225 of the MYEFO here.

This represents an important win for the Australian Federation of Disability Organisations and all the organisations (including ours) which supported the advocacy effort, and particularly for the people affected. 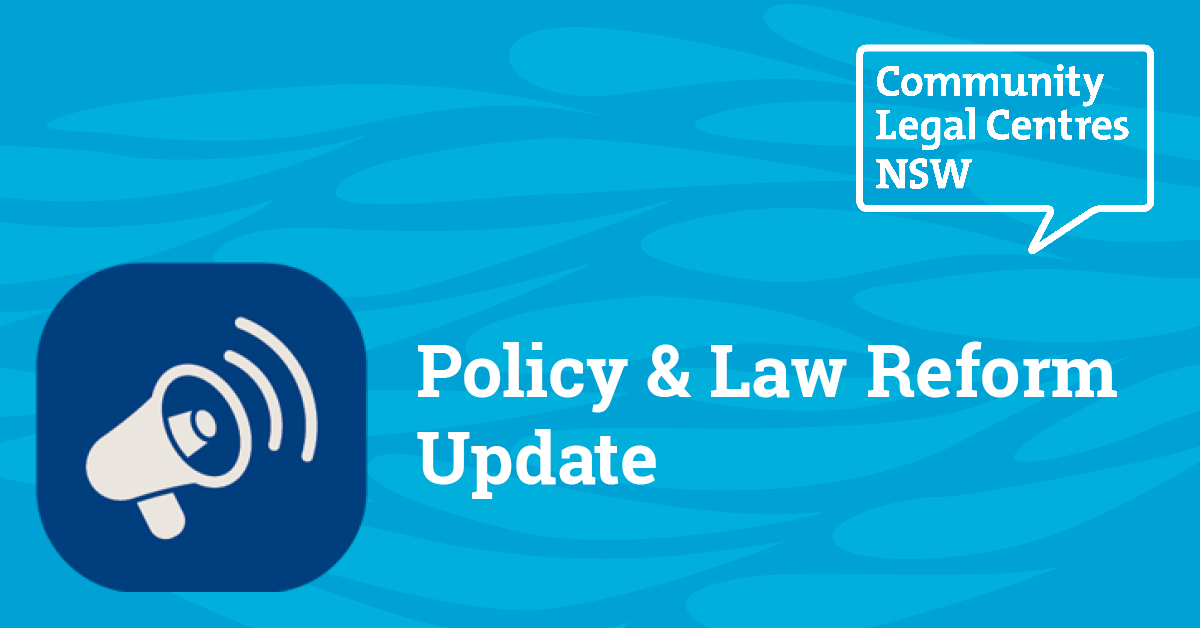