A recent report by the NSW Bureau of Crime Statistics and Research concluded that there was no significant spike in domestic violence during COVID lockdowns. However, community legal centres say that the crime data fails to capture the whole picture. By Community Legal Centres NSW. 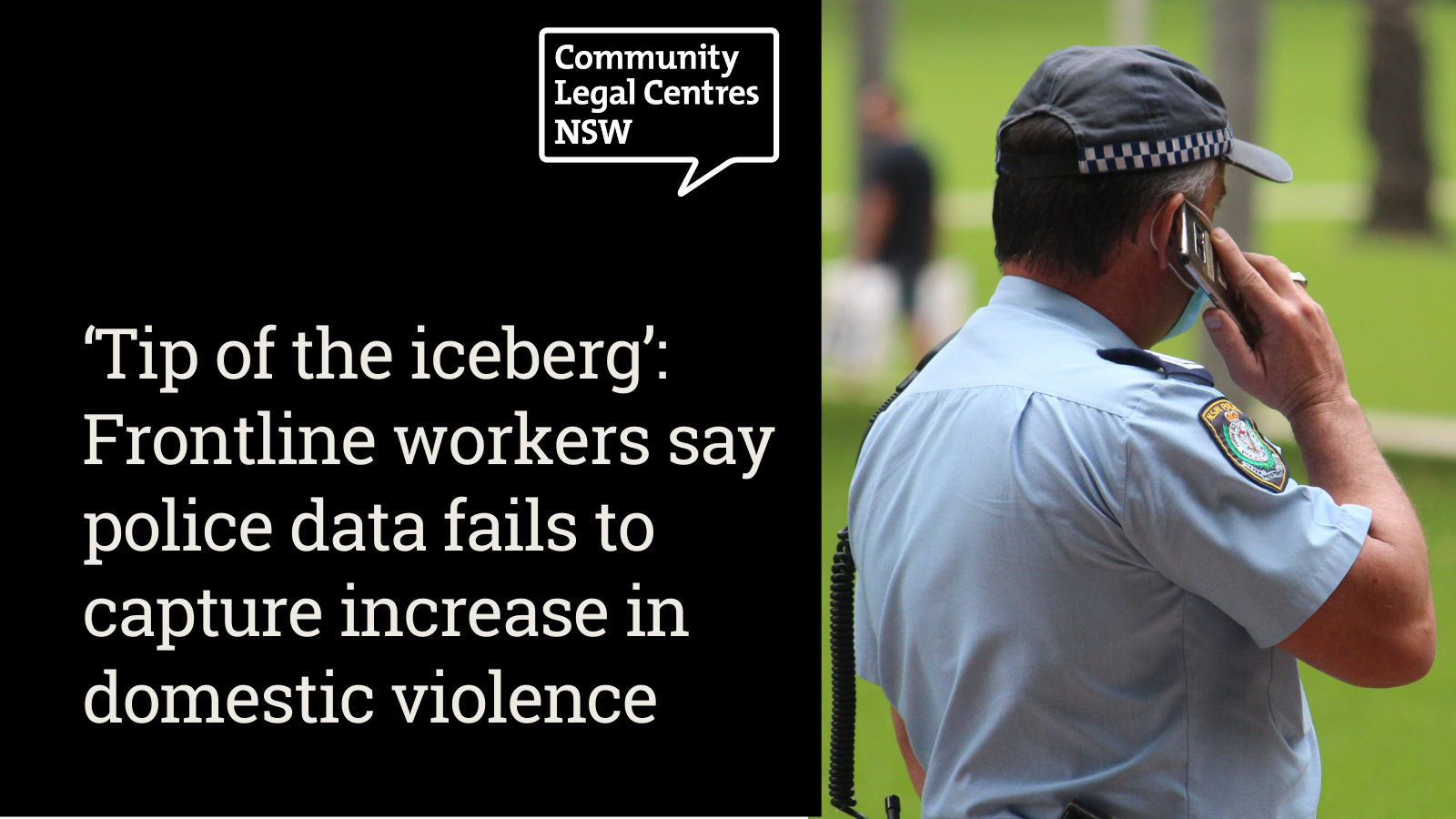 The NSW Bureau of Crime Statistics and Research (BOCSAR) recently reported that there was no significant spike in domestic violence during COVID lockdown in NSW in 2020. The findings are based primarily on reports of domestic violence-related physical assault to police, as well as emotional abuse. BOCSAR acknowledges significant increases in people contacting the Domestic Violence Line throughout 2020, but notes that the increase also occurred prior to lockdown.

Community legal centres say that the crime data fails to capture the whole picture. According to legal assistance providers and frontline workers, COVID has had a significant impact on victim-survivors, with an increase in the scale and complexity of domestic violence matters.

They say that many counselling services are overwhelmed with referrals and some services they refer clients to simply had to "close their books”.

“For the last few years, the number of women referred to our Women's Domestic Violence Court Advocacy Services (WDVCAS) have increased every year. 2020 was no different in that respect. However, the complexity of matters referred to us has been higher than usual, requiring more extensive time and support for our clients. Some WDVCAS programs have also reported an increase in the number of women considered to be at risk of serious harm” says Yvette Vignando, CEO of South West Sydney Legal Centre.

In July 2020, 15,000 Australian women – 32% of whom live in New South Wales – were surveyed about their experiences of domestic violence during COVID. The Australian Institute of Criminology found that 65.4% of women either experienced physical or sexual violence for the first time during COVID lockdowns, or experienced an increase in frequency and severity of such violence.

So, why is there such a discrepancy between the experiences of frontline workers and the official data?

Official reports based on incomplete data

The BOCSAR findings were based on “administrative data”, including the number of reports to the NSW Police Force and phone calls to the government’s Domestic Violence Line.

Vignando says that official crime statistics and calls to government hotlines are likely “just the tip of the iceberg”.

“Under-reporting is a fact when it comes to domestic and family violence. And if the person abusing you is ‘locked down’ in your home 24 hours a day 7 days a week it’s nearly impossible to report without being overheard.  During the pandemic, people have been even more concerned about safe housing and COVID-19 risks. It’s likely that more women chose to endure abusive behaviour, fearing that reporting to police could lead to homelessness. Police have commented to our staff that the fact that pubs and clubs were closed during lockdown seemed to have made things ‘quiet’ compared to when they were open.”

That’s why qualitative data is so important according to Liz Snell, Law Reform & Policy Coordinator at Women’s Legal Service NSW.

“Research has clearly demonstrated that domestic and family violence and abuse during and post natural disasters increases. That’s why it’s so important that we draw on the experiences of people who may not report such violence to police,” says Snell.

She adds that women’s experiences of coercive control in all its forms, including sexual violence, also needs to be better captured in official data.

Indeed, BOCSAR’s report concedes that some increases in domestic violence may be “unobserved” and unable to “be detected with the administrative data”.

The legal team at South West Sydney Legal Centre includes lawyers who specialise in helping people who have experienced domestic and family violence.

“In 2020 our lawyers came across clients who were terrified of being overheard by perpetrators in the other room when seeking advice. Mothers were caring for children around the clock when they were not at school, making it difficult for women to receive legal advice," says Vignando.

Snell agrees, saying “there’s a whole range of reasons why people might not be accessing support. That doesn’t mean that they’re not experiencing sexual, domestic and family violence and abuse.”

Further, she notes, there needs to be acknowledgment that barriers to accessing services were not removed simply by lifting restrictions to movement.

“It is only relatively recently that people seeking protection orders for their safety in many areas have been able to physically attend courts and access legal and other support face-to-face at court. Further, many survivors may also be faced with a number of challenges – including the impact of the end of COVID social security.  Many people are still primarily at home, including working from home and may have limited opportunity to access services,” Snell concludes.

Fear to report to police ‘unsurprising’

Legal experts say that women’s hesitancy to report sexual, domestic and family violence and abuse to police is unsurprising.

Just last month, the 7.30 Report aired harrowing footage of a woman who was arrested after telling police she had been beaten by her boyfriend.

It’s a scenario that’s familiar to many community legal services, who say that it’s common for their clients to be misidentified by the police and courts as offenders when “they are actually the person most in need of protection.”

According to a report by Australia’s National Research Organisation for Women’s Safety (ANROWS), when it comes to domestic violence and abuse, ongoing problems in policing include “racism, poor relationships with local communities, misogyny, and the patriarchal culture of the police service.”

ANROWS found that in Queensland, nearly half of the women murdered by an intimate partner had been previously labelled by police as perpetrators of domestic violence.

“The prevalence of sexual, domestic and family violence and abuse during COVID should not be primarily measured as reports to police,” said Snell from Women’s Legal Service NSW. “A range of sources of evidence, including qualitative research must be considered. And the impacts may not be fully apparent for years.”