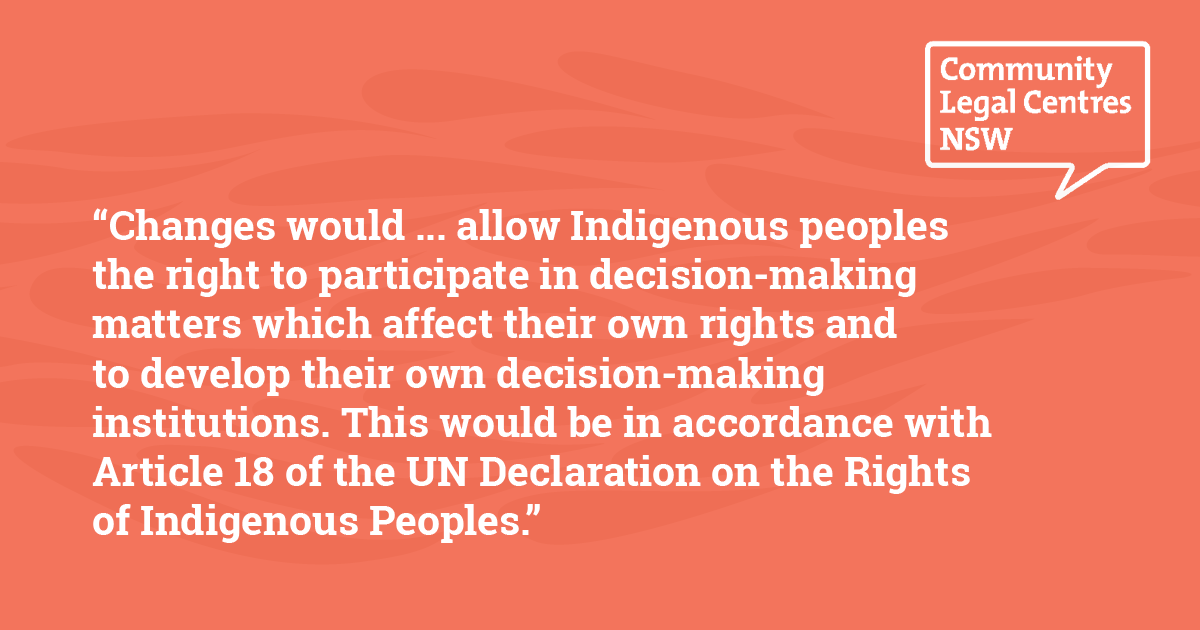 This is a summary of our submission to the Joint Select Committee on Constitutional Recognition Relating to Aboriginal and Torres Strait Islander Peoples.

As concluded in the Statement from the Heart (2017), ATSI people call for their recognition in a constitutionally-enshrined voice to parliament, as well as the establishment of a Truth and Justice Commission to oversee agreement-making between government and First Nations.

Such changes would build upon the right to self-determination as enshrined in Article 1 of the International Covenant on Civil and Political Rights and allow Indigenous peoples the right to participate in decision-making matters which affect their own rights and to develop their own decision-making institutions. This would be in accordance with Article 18 of the UN Declaration on the Rights of Indigenous Peoples.

In order for the Statement of the Heart to be recognised, and for ATSI people to exercise their right to self-determination, the following recommendations should be implemented.

You can view our full submission here.