Mid North Coast Community Legal Centre (MNCCLC) is excited to have opened the doors to its second office, located in Coffs Harbour, with additional State funding. Coffs Harbour, Nambucca and Bellingen local government areas were identified by the Cameron Review in 2018 as a gap in community legal centre services.

“MNCCLC will provide civil legal advice, advocacy and education to empower individuals with knowledge of their rights and the ability to resolve their disputes. We will provide additional civil legal services to these regions including advice, information and education on credit or debt, employment, fines and traffic, car accidents, family & domestic violence, discrimination, police, victim’s compensation, powers of attorney and government services,” said Jane Titterington the Principal Solicitor. 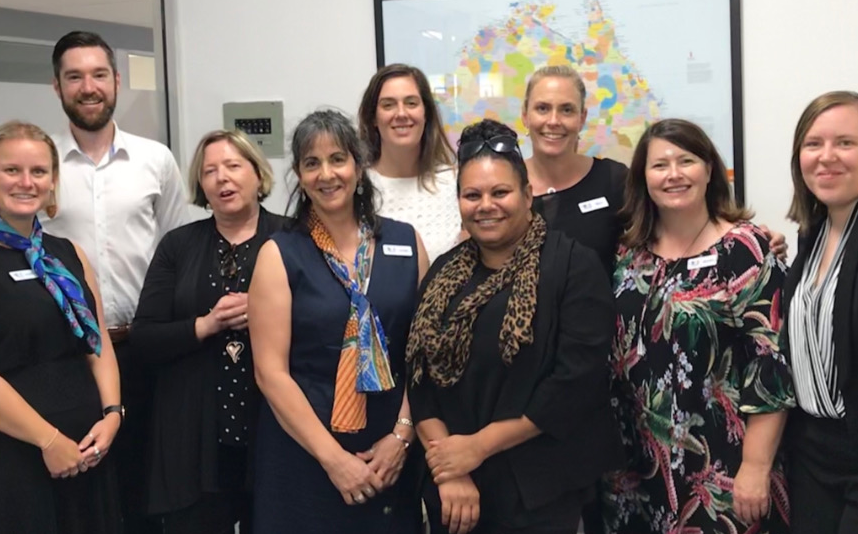 Our new office is staffed by Solicitors Zac Keizer and Kelly French as well as Admin and Client Services Assistant, Jacquie Hudson.

“A large focus of the service in the first few months has been getting out to build meaningful relationships with community members, legal professionals and community services. In building these relationships, it has been important to maintain flexibility as we learn more about the individual needs of our new catchment. Staff are enjoying the process of gathering information to establish where our limited resources will be best placed to provide the service to those who need it most. These include people experiencing homelessness, those who identify as Aboriginal and Torres Strait Islander and people from culturally and linguistically diverse backgrounds,” Jacquie Hudson explained.

We have been fortunate that one our existing team members from Port Macquarie, Zac, has transitioned to the Coffs Harbour office meaning he can share his knowledge of the service’s policies and procedures and help new staff settle into our team.

Maintaining a team approach to all tasks has been a fundamental part of the success of the roll out. We have tried to ensure a collaborative approach to all aspects of the expansion, and this has meant that there is a real feeling of “togetherness” and positive energy from all staff to see it succeed.

“Even though we have two offices, we have ensured that a collaborative approach is taken to all aspects of the expansion including implementing integrated phone systems and a central digital intake process” commented solicitor Zac Keizer. “Small decisions like these mean that we continue to work as one team to help people with their civil legal issues. There is always plenty of opportunity to collaborate, share knowledge and improve practices as we face the various teething issues that are inherent in establishing a new service.”

The Law and Justice Foundation of NSW report providing evidence of legal need in NSW notes that 16.6% of the population in Coffs Harbour, Bellingen and Nambucca have above average numbers of people experiencing financial disadvantage and a significantly higher percentage of older people than the NSW average. Fines debt in the region of Bowraville, Nambucca Heads and Macksville alone averages $1991.35 per client which is above the NSW State average. There is also a large CALD population as this is a targeted refugee and migrant settlement area. Coffs Harbour, Bellingen and Nambucca is also home to over six hundred young people who are disengaged from education and employment. This group of young people includes those in Out of Home Care who Mid North Coast CLC currently assist through the LevelUp Project, funded until December 2019 by the Law and Justice Foundation of NSW. LevelUp will also now continue beyond December 2019 through the new State funding received.