What can we learn from justice reinvestment? 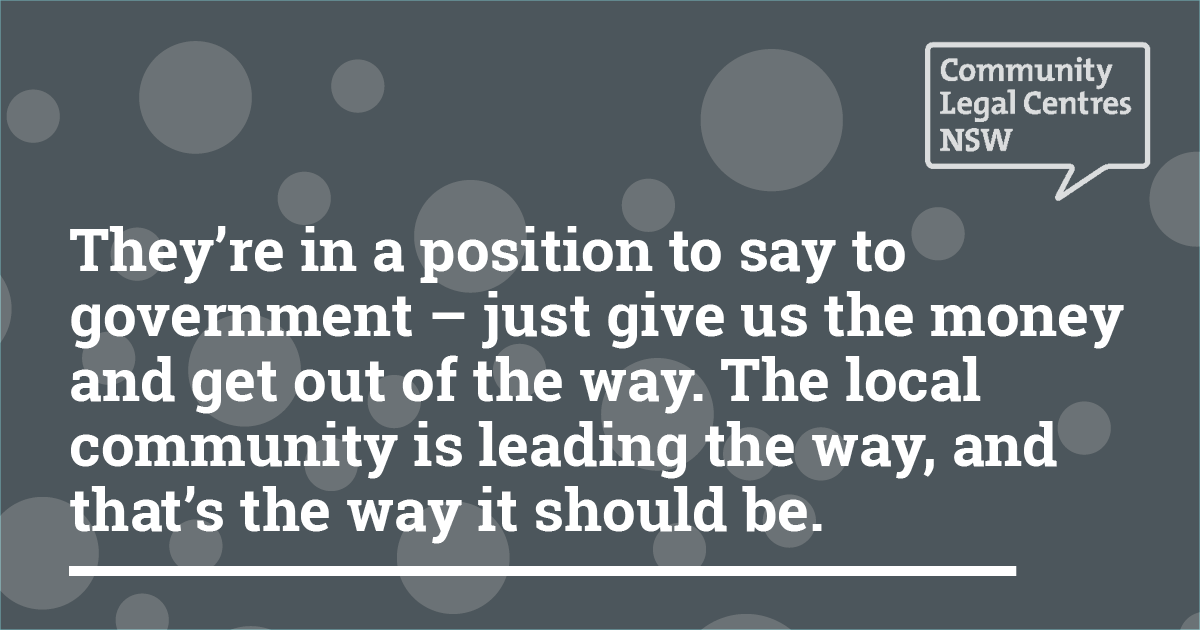 When people say ‘justice reinvestment’, they could be referring to or thinking of a lot of different things, depending on their perspective and experience. If you read a few different definitions, particularly on government websites, the basic idea that comes through is a ‘reinvestment’ in local communities, specifically those with high crime statistics, to tackle the factors that lead to people ending up in the criminal justice system.

Despite rates of serious crimes going down across Australia, the number of people we incarcerate is going up – particularly Aboriginal and Torres Strait Islander people. The only people this is good for are those who profit, fiscally or culturally, from building prisons or locking people up in them. At time of writing, every single child in detention in the Northern Territory was indigenous.

The idea of providing early support services to improve social outcomes isn’t new. Neither is using evidence to target particular geographic areas for policy initiatives. Maybe what’s ‘innovative’ about justice reinvestment is that it ties the outcomes of social services to their economic impact on the justice system and, in particular, on prisons.

A 2018 KPMG Impact Assessment of the Maranguka Justice Reinvestment Project in Bourke, for example, estimated that improvements in family strength, youth development and adult empowerment had an economic impact of $3.1 million on NSW government spending in 2017. The basic argument is that providing early support services at the community level kept people out of court and prison, which in turn saved the government from spending money on criminal justice line items.

With this kind of evidence, clever treasury officials should be able to fund support services for communities with high crime statistics through an investment model: projected savings in one area offsets spending in another. This could have an impact on how services are accounted for in government budgets: spending via an investment – i.e. spending that will result in a projected financial return (like building a rail line they plan to privatise) – does not affect the surplus/deficit budget bottom line in the same way that plain old spending does.

However, spending on early support services that deliver savings to governments in a different area down the track, presents a challenge to ideologues. If a government’s true aim is for everyone to live happy and full lives we have evidence that justice reinvestment is a good way to go about it. Armed with this knowledge, the only real explanation for why governments continue to invest in punitive justice systems rather than in social services, is that they get some kind of benefit from locking up particular types of people.

Maranguka is the first major justice reinvestment project in Australia. It began because the local Aboriginal community wanted to try something new to address ‘high levels of social disadvantage and rising crime’.

The Bourke Tribal Council is the central decision-making and strategy setting body for Maranguka, created as a space to bring together the multiple Aboriginal language and cultural groups around Bourke. Based on key data about their community – like justice, health and demographic indicators – the Tribal Council developed a long-term strategy Growing our Kids Up Safe, Smart and Strong. Coming out of this are three key Working Groups through which the Aboriginal community and interested service providers work on strategies in three areas: early childhood, 8 to 18-year-olds and the role of men.

Day to day, Maranguka is run by a small team of six out of the Maranguka Community Hub: an Exeuctive Director, Operations Director, Backbone Coordinator, Community Data Manager, Project Officer and Communications and Community Engagement Officer.

In my role at Community Legal Centres NSW I have participated in the Strategic Directions Committee of Just Reinvest NSW since 2017, supported the organisation with their advocacy and communications, and since 2018 have been on the Executive Committee. And thanks to the support of Ashurst for Just Reinvest NSW, last month I travelled to Bourke to spend three days with the Maranguka team supporting the development of their community engagement and communications strategies.  It was fabulous to get to know the team, sit in on some of their meetings, hear about the challenges they have and the ideas they’re developing to meet them.

At the heart of the Maranguka project are a series of accountability mechanisms. Every morning the Maranguka team facilitate a daily check-in at the Hub that brings together a variety of public and community service providers, including the police, PCYC, youth services and family and domestic violence services. Everyone is in the room because they have a commitment to supporting the long-term strategy developed by the local Aboriginal community through the Bourke Tribal Council.

The agenda works through three stages:

It sounds a little complicated, but the whole thing lasts around thirty minutes. I’d heard the saying ‘it takes a village to raise a child’ before, and it made sense to me on an instinctive level, knowing the various informal supports I sought to get me through my adolescence. Here I was seeing it in practice. This is what happens when a community takes a proactive interest in giving people the right supports at the times that they need it.

I remember during debate on the Children and Young Persons (Care and Protection) Bill 2018, rushed through parliament against the advice of the Aboriginal, legal and community sectors, Minister Goward and other government MPs saying things like ‘if people need legal help they can go and get it’. There’s a certain disconnection there, an abrogation of responsibility. It’s the polar opposite from what I experienced at Maranguka Community Hub: a focus on providing wrap around coordinated support, getting out and taking the service to the individual who needs it. A completely different mentality from setting up in a building and expecting people to know about it and find it.

Witnessing the team and the community do their work really highlighted for me the importance of regular communication as a pathway to collaboration and accountability. For the bean counters at the top of public or community service organisations, funding and performance can be based on statistics about people they never actually have to stand in front of. Bringing service providers together around a table to discuss and support the day to day wellbeing of people in the community helps people and organisations to really deliver on what they say their vision, values and mission are.

Up until recently, Maranguka had no funding support from government. Setting up and running the project required volunteer and financial support from a variety of organisations in the legal, human rights, philanthropic and community sectors. It wasn’t until the community started demonstrating results that the Commonwealth and NSW governments committed funding to continue the operation of the Maranguka Community Hub.

Government funding for community-led organisations comes with its own challenges. It’s no secret that government funding (like some corporate funding) generally comes with caveats that it must be spent in particular ways. This pressure creates a power struggle between organisations and the government, in terms of who ‘owns’ a particular initiative and how it is portrayed.

Most community-based organisations should be familiar with the potential implications of government funding. In the worst cases a sense of ‘governmentality’ sets in, where organisations change their behavior so they don’t offend their source of funding. For their part, government bureaucracies can try to force community service providers to meet arbitrary targets and find efficiencies dictated more by politics than anything else. At its worst, this dynamic can turn community organisations into cheap versions of public service providers.

Successfully pushing back against this kind of pressure has to be based on more than just saying ‘give us the money and get out of the way’.

To get Maranguka working and off the ground, the Bourke Aboriginal community came together and decided they wanted to try something different. The community has led the way and asked people to support them in achieving the goals they have set. They used the initial support they received to start gathering information and develop a concrete plan that could be implemented and measured against the indicators they chose, in the way they chose.

This means that new government funding and the resulting bureaucracy isn’t coming into a void. Government funding is coming because Maranguka works. The community development model works. And Maranguka can demonstrate this in a way that government understands – through reduced criminal justice statistics and expenditure.

They’re in a position to say to government – just give us the money and get out of the way. The local community is leading the way, and that’s the way it should be.